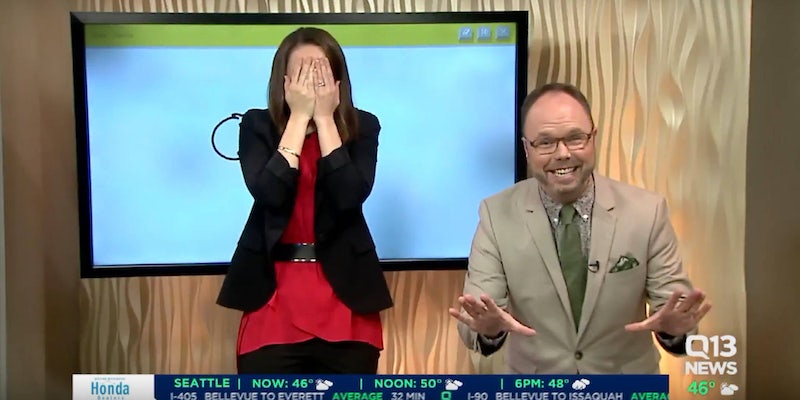 Doodlers and AI fans have been having a blast with Quick, Draw! It’s Google’s version of Draw Something meets its AI Experiments initiative. Users have 20 seconds to draw an object chosen by the game, which then attempts to correctly identify it. So, not only are you improving your drawing skills, but you’re helping Google’s AI machine learn along the way.

The only catch is you can’t erase a thing—a tough lesson the anchors of Fox’s local Seattle affiliate learned on Thursday morning. When anchor Kaci Aitchison went to draw a cannon, well, it ended up looking a little suggestive and like something else that shoots projectiles.

It only gets more hilarious from there, as Aitchison tries and fails to regain her composure. Drawing, especially on live television, is quite a feat. And just like with Quick, Draw!, those mistakes don’t exactly go away.