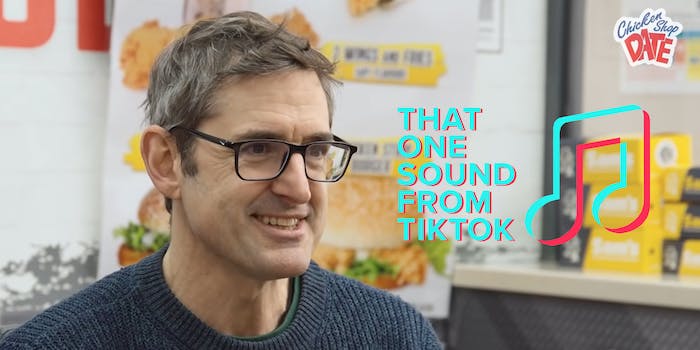 ‘My money don’t jiggle jiggle’: A 20-year-old rap from a British documentarian became a TikTok hit

Gas, rent, and the price of pretty much everything continues to soar, as wages stagnate and a recession looms. It’s going to be a bleak summer, and it is perhaps fitting that writer and documentarian Louis Theroux’s “Jiggle Jiggle” has become a Tiktok anthem.

Back in March, producers Duke & Jones created the TikTok sound by adding Auto-Tune and music to a clip of Theroux on the web show Chicken Shop Date, and in May they released the official audio.

It’s been used in more than 6 million TikToks, and features Theroux rapping, “My money don’t jiggle jiggle, it folds/I’d like to see you wiggle wiggle for sure/Make me wanna dribble dribble, you know/Riding in my Fiat, you really have to see it.”

Of course, there’s an accompanying dance, which everyone from Shakira to BLACKPINK to the cast of Riverdale has done. Jess Qualter’s April video—the apparent origin of the dance—has more than 60 million views.

It’s originally from a 2000 episode of the documentary series Louis Theroux’s Weird Weekends, in which he performs a rap on-air at a New Orleans radio station, including the “My money don’t jiggle jiggle” line. The season 3 episode is titled “Rap.”

On a February episode of Chicken Shop Date, host Amelia Dimoldenberg asked Theroux—son of novelist Paul Theroux and cousin of Justin Theroux—if he’d ever rapped, and he referenced that episode, before reciting some of it. Duke & Jones (real names Luke Conibear and Isaac McKelvey) claimed they came up with the song in about 15 minutes, while a pie was baking.

In April, Theroux officially joined the app, where he was greeted as the “king of TikTok.” So far he’s only posted three TikToks. The BBC also posted the rap from the 2020 documentary Louis Theroux: Life on the Edge.

In early June, the song even reached the church.