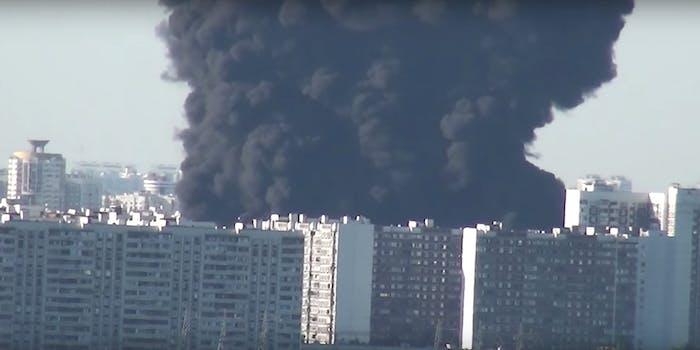 Of all the places in a city that might go up in flames, a river is pretty much at the bottom of the list. But following an oil spill on Wednesday, part of the Moscow River did indeed catch fire.

The fire created a billowing cloud of black smoke over part of the city, which many locals filmed and posted to social media.

Footage from the scene shows flames floating on top of the river’s surface, which isn’t something anyone wants to see in the middle of a major population center.

RT reports that some people even worried that a nuclear war had begun,
as confusion spread about the column of black smoke spreading over the river.

Fortunately, the blaze was contained by 5:50pm local time, and the cloud began to dissipate. State-owned oil pipeline company Transneft has already taken the blame for the oil slick on the river, which is believed to have caught fire due to some burning grass nearby.