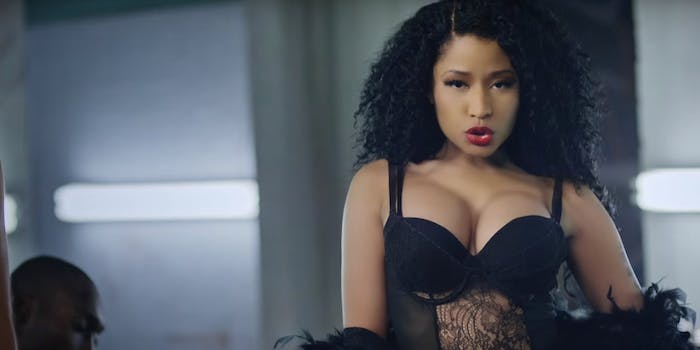 It was the great American philosopher William Smith who once famously said: “So to you, all the kids all across the land, there’s no need to argue, parents just don’t understand.” Words that ring as true now as when they were first uttered back in 1988.

And no one understands parents not understanding better than 19-year-old Dominic Licciardi, whose mother achieved peak mom in this Vine, becoming more mom than any mom previously known to science.

So croons Nicki Minaj on “Only,” a lascivious track Licciardi played in what we can only assume was a sweet attempt to enhance the mother-son bond through the beauty of shared experience.

But despite moms everywhere loving cupcakes, this lady just wasn’t feeling it. She rushes to turn off the music, which she no doubt later referred to as “noise”, and wound up doubling the mom factor by not being able to figure how technology works.

Luckily, nothing brings families together like virality, and Licciardi’s mother seems to have forgiven him.

the woman, the myth, the legend. pic.twitter.com/Ehwlv4JsFO

As of this writing there has been no official statement from Minaj on the the white suburban mother’s reaction to her hit single.