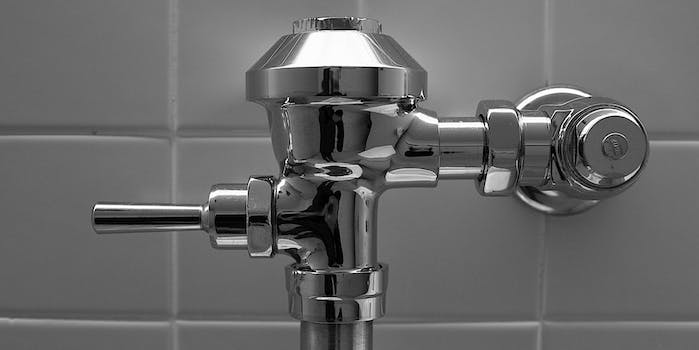 Someone help this poor woman escape this bathroom stall

At least she's taking it in good humor.

One woman faced a harrowing bathroom experience thanks to the inconsiderate behavior of somebody else. Thankfully, it wasn’t anything poop related.

This lady found herself stuck in a bathroom stall after someone dropped the changing table, which obstructed the stall door’s ability to fully open, trapping the captive.

Like any technologically-competent person, the woman videotaped her tribulations. She’s practically James Franco in 127 Hours, minus the part where he cuts off his arm to get through a rock crevice. Obviously this is a bit of a distressing situation, but at least it looks like she’s taking it in good humor.

Hopefully someone came and saved her quickly.