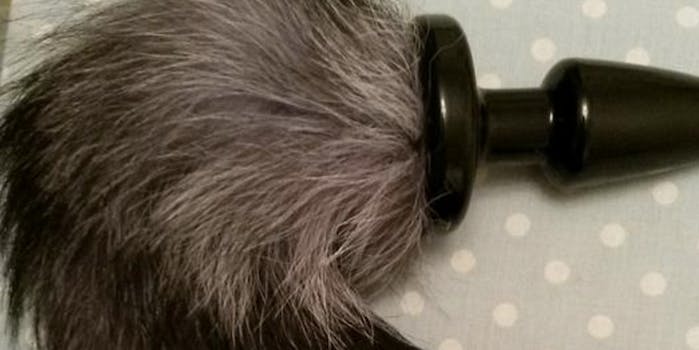 Can you tell the difference?

People say that cats are assholes, and now we have the proof: There’s no reliable way to tell the difference between a toy designed for a feline and one meant for a human rectum.

“Unused cat toy – $5 (Vancouver)” is likely a joke Craigslist post, but it’s destined to live on regardless. And something in its air of simple innocence just makes us want to believe. 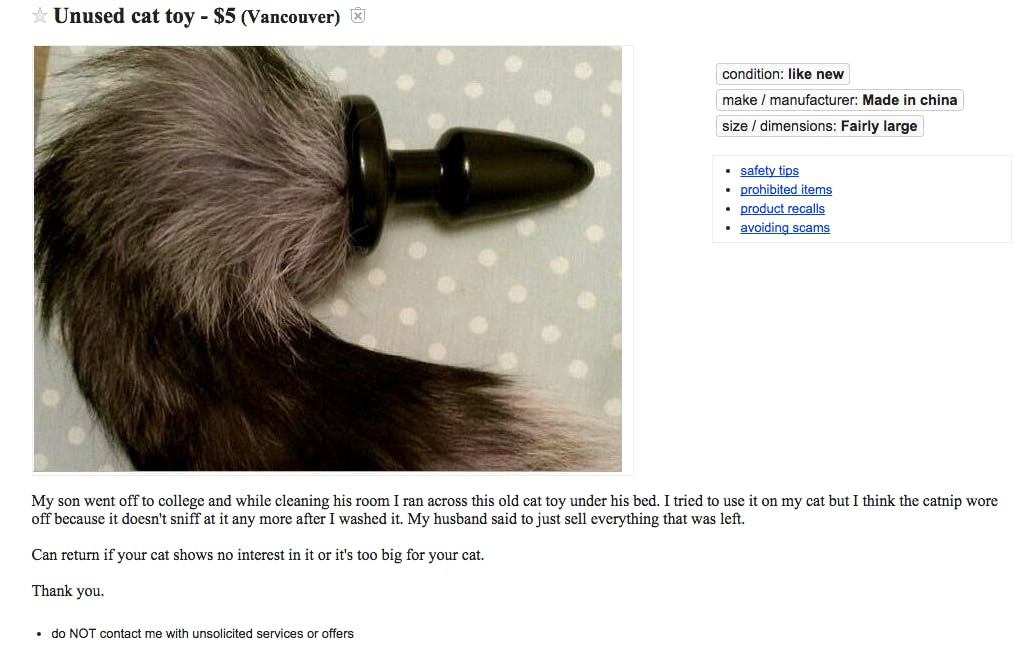 Alas, this is a variation on a butt plug meme is as old as time itself—by which I mean it dates back to late 2014.

In hindsight, the “fairly large” size specification did seem kind of cheeky. But the ad’s real failure is on the pricing end: Wolf tail butt plugs sell for way more than $5.