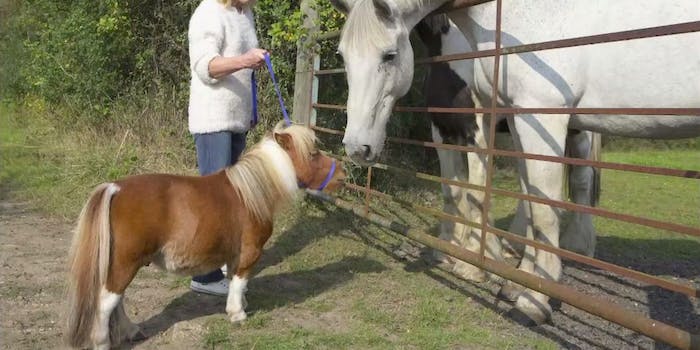 Acer is a real life My Little Pony.

Some things in life are so unbearably adorable that they should be made illegal. Acer, the miniature horse who measures only 22 inches tall, is one of those things.

You see, he isn’t your typical pint-sized pony; he’s a miniature horse with dwarfism. While the rest of his stablemates on the Wolfscastle Miniature Horse Farm in Essex measure in at around 34 inches, 3-year-old Acer stands a foot shorter.

But being the little guy has its advantages. He has his own custom-built stall outfitted with a shorter gate so he can stick his mini horse head out for a view. Additionally, Acer gets to come into the house for special visits with his best friend, a Labrador named Damon. Yet, the sweetest privilege of all is the notoriety his size brings, attracting lots of petting, photos ops, and even earning him a sip of a pint at the pub.