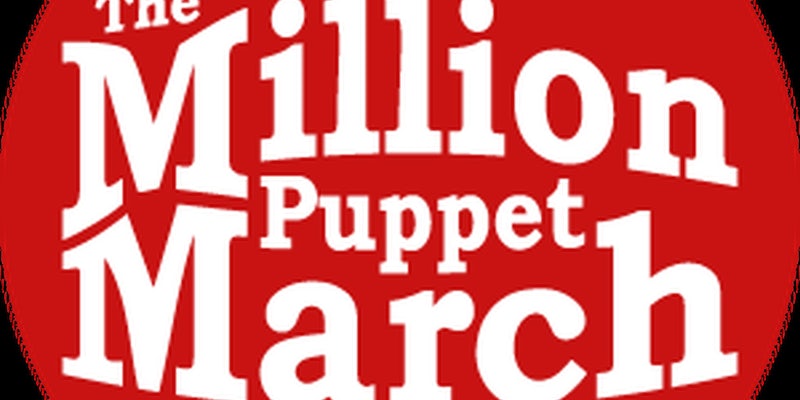 The event, scheduled for Nov. 3 in Washington, D.C, will gather hundreds of people and puppets to support funding for public media.

In the wake of the first presidential debate on October 3, and Gov. Mitt Romney’s infamous Big Bird comment, a group of puppeteers and puppet fans has come together to announce the Million Puppet March. (A reference to 1995’s Million Man March, it was changed from the “Million Muppet March” in order to “be more inclusive of all puppetkind.”)

Romney mentioned that as much as he loved the Sesame Street character, he would cut funding to public media. His comments put people’s fuzzy undies in a twist, and action, the organizers believed, was clearly called for.

The march, scheduled for November 3 in Washington, D.C. to “support public media,” already has over 1,100 participants who have indicated on Facebook that they will participate in conjunction with their sock puppets, hand puppets, marionettes, mascots, shadow puppets, and finger puppets.

The Facebook account for the MPM is a kind of proof of concept that political involvement needn’t be humorless. And those involved seem serious, too, including some hoity-toity puppet people, like Julie Saltman, who wrote:

“Yes I am a HUGE muppet fan but I worked for “Mr Rogers” for 3 years! He was a huge influence on my whole life. I am working on a hat that has a trolley on it!!!”

“My children learned from Sesame Street that whenever there is a problem, the solution is “Let’s cooperate!” That is good for America. I think that is what is called bi-partisanship.”

@occupywallstreet tweeted “Direct Muppet Action is the way to go! As a side note, do flexi-cuffs work on muppet wrists?”

“Only if they’re made of fur or felt” was the answer.

During the first debate, Michael Bellavia, president of the animation studio Animax Entertainment, came up with the idea and grabbed the millionmuppetmarch.com URL, according to Reuters. Simultaneously, Chris Mecham, a Boise State University political science student, started the Facebook page. Shortly after the debate ended, they talked on the phone and joined forces.