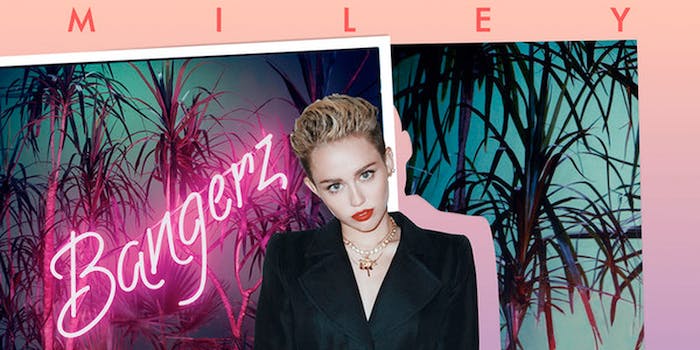 A new browser plugin rescues your social feeds from twerking once and for all.

I don’t know why you would ever want to, but a new browser plugin allows you to erase Miley Cyrus from their Internet.

The free Google Chrome extension, “No Cyrus,” replaces all mentions of the controversial pop singer, along with related terms like “twerk” and “wrecking ball,” with pound signs.

This isn’t the first plugin of its kind. Similar apps exists to block Nickelback, Justin Beiber, and Chris Brown.

So far, the reaction’s been positive, with some constructive criticism. “LOVE THIS. 6/5 stars if you can somehow replace her image with a cat photo,” wrote one user.

Granted, the former teen is overexposed right now, but I’d more interested “Yes Cyrus,” an extension that could just make everything in your browser Miley-related? I’d download that.