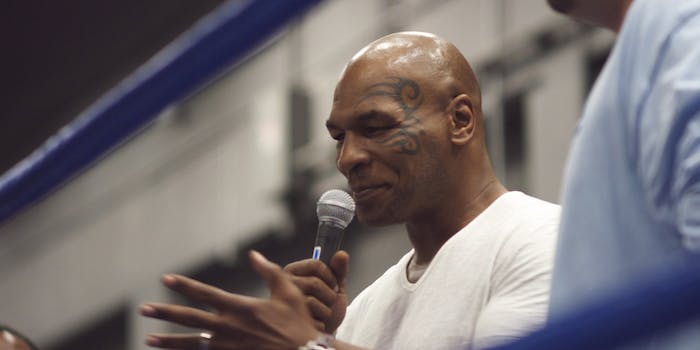 Finally, former professional boxer Mike Tyson has met a worthy opponent. But his newfound adversary isn’t one you’ll typically see in the ring.

You know those “hoverboards” that are all the rage nowadays? Yeah, the ones that were so hot this holiday season that they’re bursting into flames and almost killing Kris Kringle. Well, it looks like someone in the Tyson family got one this holiday season, and the world champion decided to take it for a spin. But this device turned out to have a rebellious streak.

The best part is that you can hear “Daddy, I don’t want you to fall” in the background. But Tyson’s too distracted by his own giggling and amusement to listen. That’ll be the last time he doesn’t heed such warnings.