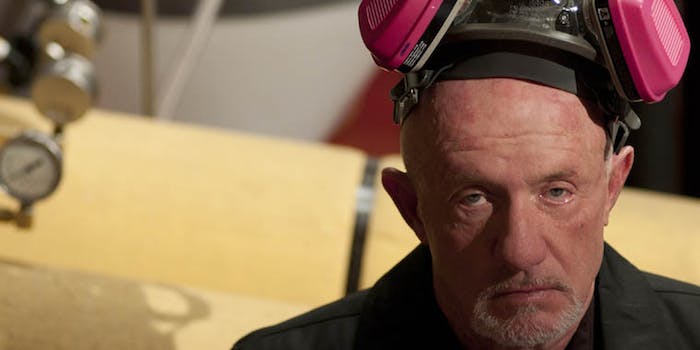 I would go to sleep if I were you.

Over on the booze-lubricated interview series Speakeasy, comedian and host Paul F. Tompkins had a bright idea for guest Jonathan Banks, best known for portraying ex-cop turned drug empire handyman Mike Ehrmantraut on Breaking Bad: since his character is both “a badass and a doting grandfather,” why not hear some fairy tales in his uniquely threatening voice? The result is equal parts soothing and unnerving.

Banks may not be totally thrilled with his cold reads here, but the sick-of-it-all intonation as he relates stories such as “Robbing Hood,” “Snitchin’ Little” and “Snow White and the Seven Corpse Barrels” reminds us why Ehrmantraut is one of the more beloved personalities on the AMC series. In particular, the little codas—“now shut up, and go to bed”—are masterful.

In some ways, these noirish revisions are truer to the gruesome medieval origins of such folklore. Tompkins can hardly conceal his delight, and neither, come to think of it, can we.