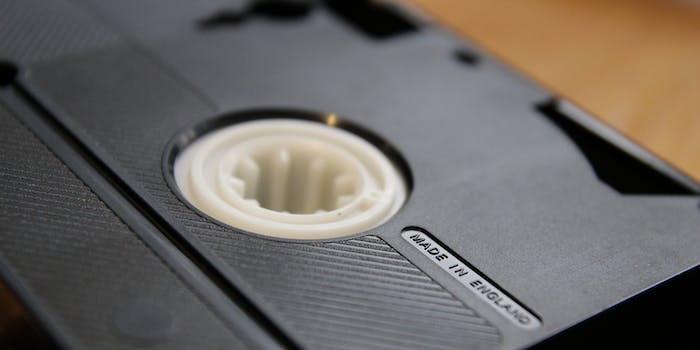 Prepare for a painful nostalgia trip.

Shopping at a thrift store is often an adventure, but rarely do you come across something as amazing as what you’re about to see below.

According to the video’s curator, Everything Is Terrible, the cringeworthy footage was discovered on a VHS tape purchased from a secondhand shop, and it’s a treasure.

It’s clear from the clip that the recordings were part of some sort of middle school or high school public speaking or communications class—I’m confident of this, as I remember being subjected to similarly awkward assignments during my high school career.

There’s lip-syncing, bad dancing, and even a bit of public shaming when one student named Christina repeatedly forgets her assignment at home. I don’t know about you, but I wouldn’t be surprised if Christina simply “forgot” her CD on purpose in order to avoid the type of humiliation her peers were about to be subjected to.

Everything Is Terrible is known for hunting down decades-old videos and cutting all the most painful moments together, but this nugget of amateur footage might be the best yet.