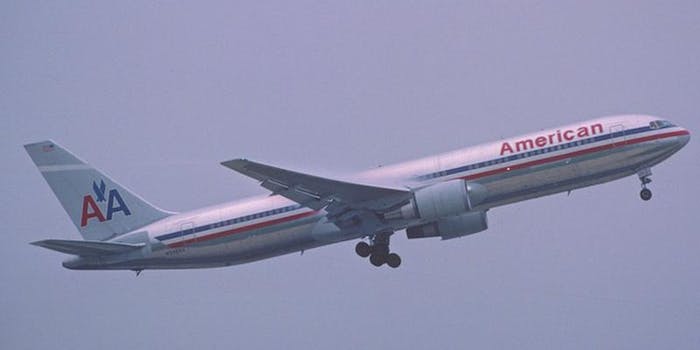 This is no way to treat your fellow human beings.

Listen, the holidays are stressful. All that traveling and eating and drinking and hobnobbing with relatives who won’t stop pestering you about your marital status can take quite an emotional toll. Some people just can’t take the pressure. Some people snap.

For this reason, we’re a little bit sympathetic toward the American Airlines passenger at New York’s LaGuardia Airport who was kicked off his flight to Dallas on December 23 for freaking out after a gate agent and a flight attendant wished him a Merry Christmas.

The man, whose identity was not released, first snapped at the gate agent when she uttered the greeting.

“You shouldn’t say that because not everyone celebrates Christmas.”

“Well, what should I say then?” asked the poor woman.

The man’s only response was, “Don’t say, ‘Merry Christmas!'”

Damn right. Take that, cheerful gate agent who was just trying to make a few extra bucks for her family by working over the holidays!

The grumpy man’s temper tantrum was upgraded to a full-blown freakout, however, when he boarded his plane and a flight attendant wished him the very same “Merry Christmas.”

The man began ranting and raving at the flight crew, apparently causing enough of a commotion that he was kicked off the plane.

It’s unclear why the man was so sensitive to being wished a Merry Christmas, but we have a few guesses. Perhaps he celebrates Hanukkah, or Kwanzaa, or Festivus, or the Verdukian holiday Merlinpeen. Maybe he has traumatic Christmas-related memories. Maybe they stem from a childhood encounter with a Macy’s elf with boundary issues.

Or maybe the passenger was this guy: 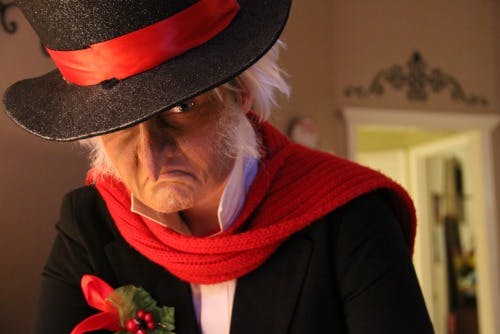 Either way, be careful to whom you say “Merry Christmas” next holiday season.

Attention Curb Your Enthusiasm writers: If the show ever comes back, we think we’ve found the perfect plotline for your first episode. Thanks, anonymous American Airlines passenger with anger management issues, for teaching us that “Merry Christmas” is the new stop-and-chat.