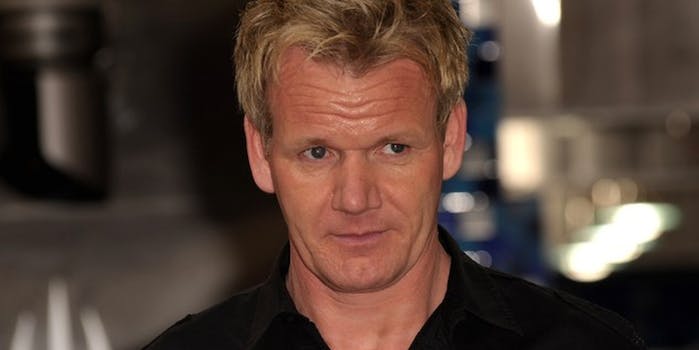 What would ‘MasterChef Junior’ be like if Gordon Ramsay cursed more?

When it comes to MasterChef Junior—a popular cooking competition show for pint-sized contestants—host Gordon Ramsay dials down the trademark verbal abuse that has made his adult cooking shows so enjoyable.

That’s understandable! You probably wouldn’t get many advertisers to buy commercial time on an hour of a British man screaming obscenities at children. On the other hand, it’s probably just what the series needs:

Hey, we’ve all got to grow up sometime.

Photo via gordonramsaysubmissions/Flickr (CC BY 2.0)