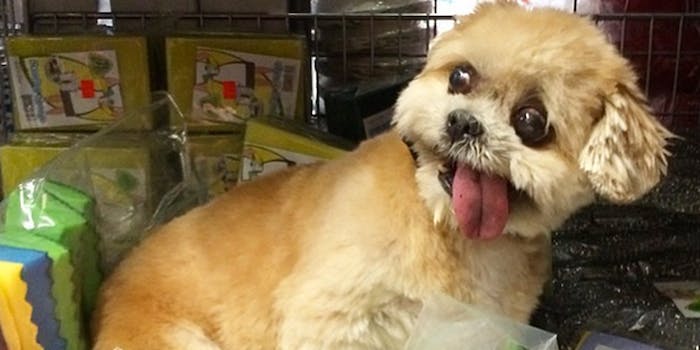 Marnie, a 12-year-old rescue dog, is an Instagram must-follow

Her owner says she loves watermelon, walks, and parties. We’d like to add “Souls of Mischief singles” to the mix.

How’s a tiny dog get to traipse around some of New York City’s finest convenience store establishments? By looking like a toy dog—specifically the kind you wind up and run around.

Meet Marnie, the 12-year-old rescue dog who’s spent the past two months taking the Internet by storm. Her owner says she loves watermelon, walks, and parties. We’d like to add “Souls of Mischief singles” to the mix, as well as cool cop costumes.

Marnie’s most popular video so far finds her cruising through a Duane Reade in Manhattan. In two weeks, it’s picked up 300,000 views.

Despite all the attention showered on that clip, it’s obvious Marnie possesses a nose for real adventure. Clips posted over the past two months have found her in Chinatown, at the laundromat, shopping for casual wear at Uniqlo, and partying her poochy tail off.

Those looking for even more Marnie will be best served on Instagram, where the adventurous dog’s now showing up on the daily for its 121,000 followers.