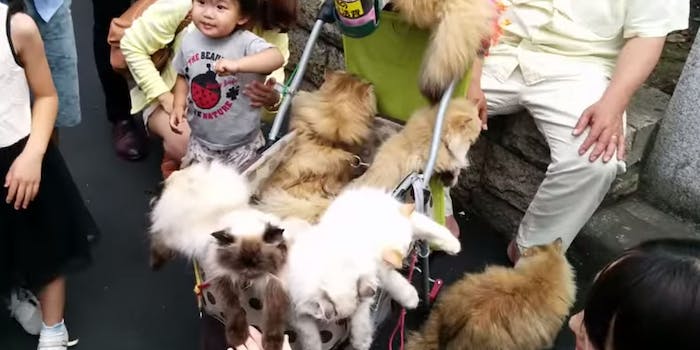 A man is pushing a stroller full of cats around Tokyo

The Internet is predictably going crazy over a mysterious Japanese who is walking across Tokyo with a stroller containing nine cats.


Known only as the “Cat Man,” the stranger both delights and confuses his fellow pedestrians, none of whom are toting even one cat, let alone nine. He is also becoming quite social media savvy. He will update his Twitter feed and Facebook page with clues on where he will appear next.

YouTube user Ryan Faw was lucky enough to stumble upon the Cat Man and his companions in action.

Of course, if the Cat Man is looking for love (and, chances are, if he has nine cats, he definitely is), there’s someone he should met.