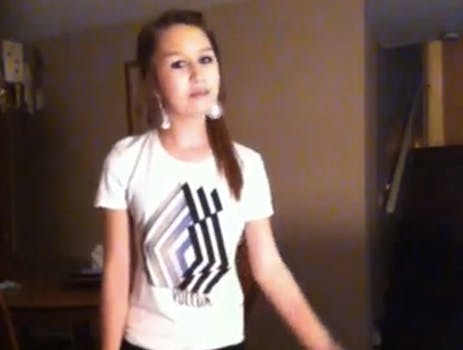 Justin Hutchings told the Toronto Star he trolled an Amanda Todd memorial page "just to see if I could put the most blasphemous thing on there."

The man who was fired for using his personal Facebook account to mock a teenage girl who committed suicide has been identified.

And his motive, he said, was the most generic kind of justification for trolling: “It was more or less a social experiment than anything. Just to see if I could put the most blasphemous thing on there,” he told the Toronto Star.

The man, Justin Hutchings, was one of many who posted nasty comments on a memorial page devoted to 15-year-old Amanda Todd, who killed herself Oct. 10 after being blackmailed for years by a man she flashed on camera when she was 12. A Facebook group called We Are Against Bullying soon made it their mission to report everyone who was publicly insulting.

In Hutchings’s case, this meant anti-bullying crusaders informed his employer, Mr. Big & Tall, that he had written that Todd “deserved to die.”

Hutchings, who lives in London, Ontario, was promptly fired. “Yes there is a little bit of regret and remorse,” he said. “I’m sorry if I offended anybody and that it wasn’t portrayed in the way it was supposed to be.”

As for why he did it, though, he said it was simply to “stir up the pot.”

“I did this because if there was so much caring and so much emphasis on the fact that people actually care now that she’s dead, then how come society didn’t step in when she was alive?”

Hutchings, though, won’t be speaking up on Facebook anytime soon. He told the Star he has deleted his account because of the backlash against his comments.