Decidedly not the hot fashion this season.

With the release of the iPhone 6 last year, China has been cracking down harder than ever on the secret trafficking of Apple’s mobile devices into the country—though it seems it hasn’t much deterred smugglers. If a Sina news report from yesterday is any indication, these criminals have actually gotten more ambitious.

Below are images from the arrest of a Hong Kong man who attempted to pass through immigration at Futian Port, the main point of entry to mainland China. Though he was carrying two plastic shopping bags with no suspicious items inside, customs officials took note of his stiff, awkward gait. After setting off a metal detector, he was subject to bodily inspection, which revealed a suit of so-called “mobile armor” made from 94 iPhones. 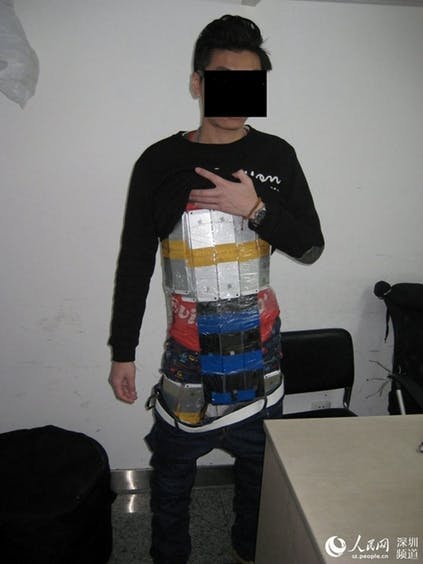 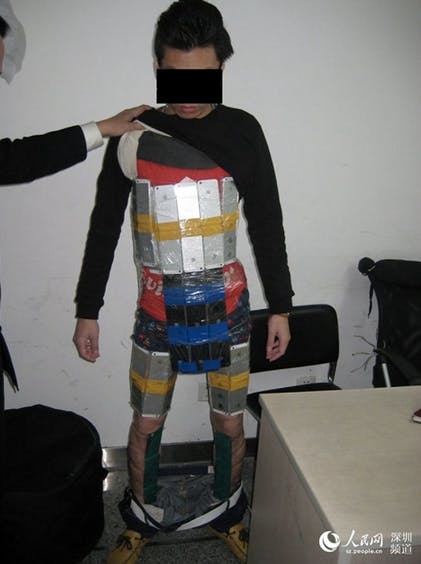 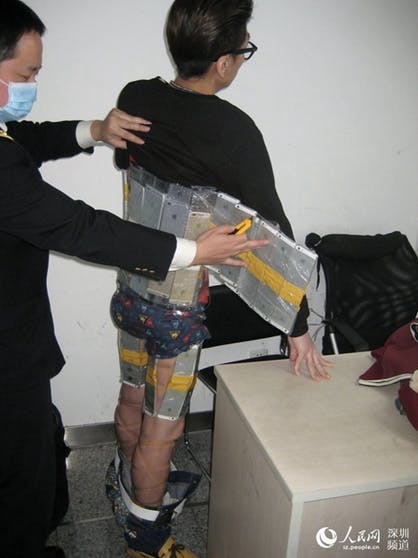 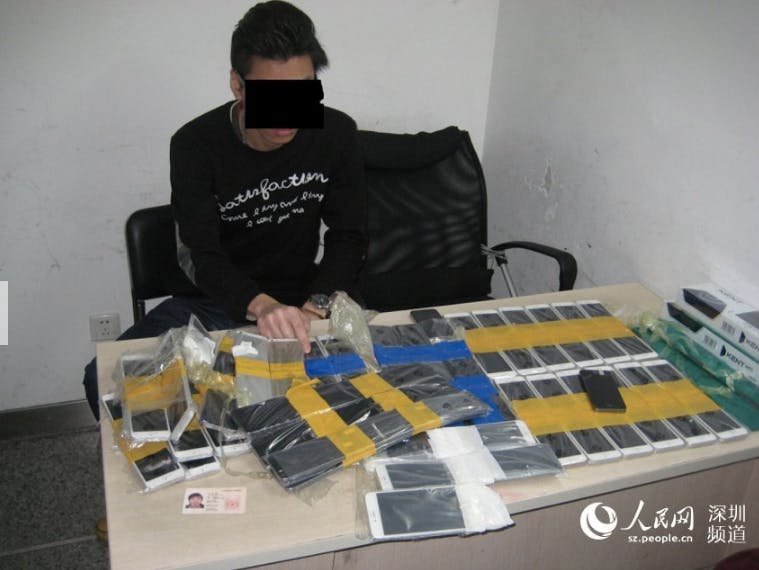 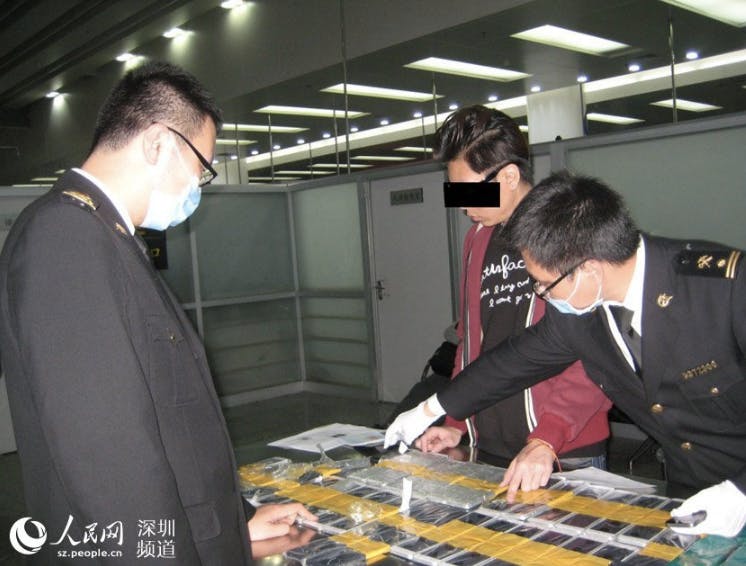 Chinese authorities have seized thousands of iPhones flowing into the country—often stolen and therefore easier to resell across the border—in the past few months. But can we get Guinness to rule on this bust? Because it really must be a world record.