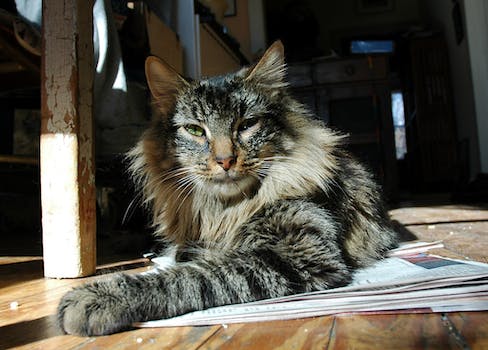 Guy asks his cat the 36 questions that lead to love

When was the last time you purred to yourself?

Sure, we all love cats. They go crazy for whip cream, they let you dress them up like Princess Jasmine, and they even save little boys from vicious dog attacks. But what about actually being in love with a furry feline? Not just loving them as a pet, but being linked on a deeply emotional level akin to the bond shared by Carrie and Big from Sex and the City.

To see if reaching this paramour precipice was actually a possibility, YouTuber Ohkamp sat down and posed “The 36 Questions That Lead to Love” to his house cat, Charlie.

As he goes through the New York Times questionnaire beloved by yuppies and Brooklyn literary hipsters alike, you can feel the tension rise between the two. Though their chemistry is palpable, the tuxedo cat ultimately bows out in the third round of questioning, having bared too much of his soul already.

It’s all probably for the best, given that four minutes of unbroken eye contact with a cat would likely leave you with a bleeding heart and a few bleeding scratches to match.