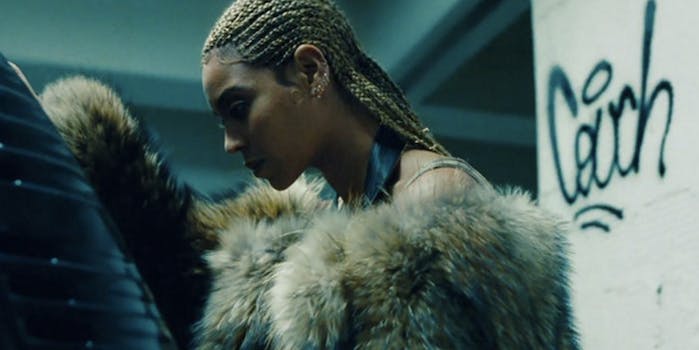 Man arrested for singing Beyoncé too loudly in mall

Sad that no one else got in formation.

Beyoncé’s power over us common people is undeniable. Sure, there are some notable exceptions—like the dude who read a book during her recent concert in North Carolina. But for the most part, when you’re listening to the Queen B, it’s very easy to forget the world around you.

Such was the case with this Lemonade fan in Atlanta. As you’ll see, the man is walking around Lenox Mall, belting the international superstar’s “Formation,” when a mall cop approaches and proceeds to handcuff him.

Considering the song’s focus on police mistreatment of black people—and the fact that some crybaby cops are still denouncing it as “anti-police,”), the brief ordeal is just as subversive as it is ridiculous. This dude sure didn’t seem to be threatening anybody—he was simply getting in formation and sharing Beyoncé’s infectious energy with everybody else.

We salute you, dude, for being fearless in feeling yourself, all in the name of the almighty Bey.