Someone posted a ‘slightly used’ Malaysia Airlines jet on Craigslist

The mystery of missing Malaysia Flight 370 has sent the Internet into obsessive mode, as we attempt to collectively figure what happened. Some of the stories have been heartbreaking. And, predictably, some people are using this mystery to take advantage of others.

Now, someone has taken to Craigslist to “sell” the plane.

The post originated on a Vietnam Craigslist forum yesterday, offering a “[s]lightly used Boeing 777-300” for $15 million, or best offer. It also references the flight’s co-pilot Fariq Abdul Hamid, who, in the past, had allegedly invited passengers into the cockpit with him. 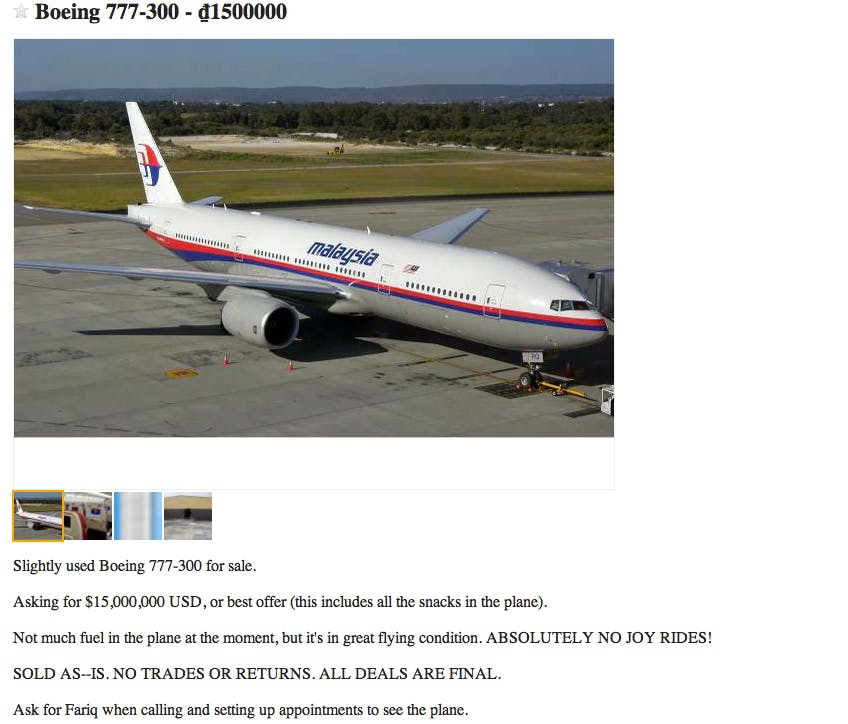 This was done in jest, of course, though many will see it as insensitive. Perhaps it’s a joke to break up the flood of questions and theories. Or perhaps there’s a deeper context here. The search for the plane recently expanded, and so have conflicting reports about what exactly happened. The last words from the cockpit were recently released: “All right, goodnight.”