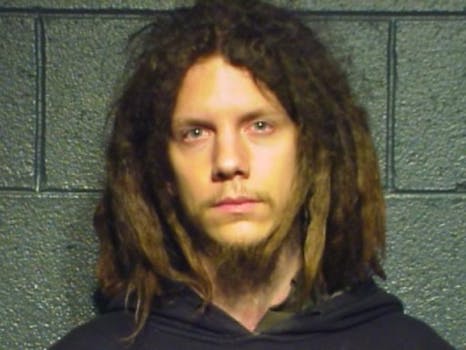 Alleged LulzSec hacker and lifelong activist Jeremy Hammond had his second week in solitary confinement interrupted by yet another pretrial hearing.

On his 355th day in custody awaiting a “speedy trial” as guaranteed by law, alleged LulzSec hacker and lifelong activist Jeremy Hammond had his second week in solitary confinement interrupted by yet another pretrial hearing.

The 27-year-old anarchist is in custody pending trial for his alleged involvement in hacking the private intelligence contractor Stratfor, releasing more than 5 million emails to WikiLeaks, which rebranded them “The GI Files” and has been making news with them ever since.

LulzSec was a hacking crew that broke away from the main body of Anonymous, impatient with the slow, messy decision-making process of a hydra-headed hive mind. They were looking for action, for impact, and for a time, they found it. And then the Feds found them.

The Stratfor hack, it would appear, was orchestrated by the FBI through LulzSec leader Sabu (Hector Monsegur), who seems to have originated and directed the plan during the time he was working as an FBI informant.

The main issue at the hearing was not bail, which had been denied by Judge Loretta Preska back in November of last year. It was not a change in the charges or potential sentences (Hammond faces a potential 37 years to life in prison). It was not the role of the FBI in initiating the Stratfor hack in the first place which, if true, would almost certainly constitute entrapment.

It was whether or not the judge would recuse herself for conflict of interest.

Judge Preska’s husband Thomas Kavaler, who has not hesitated to mix it up with his wife’s critics on Twitter, turns out to have been a Stratfor client whose data was revealed by the hack. The defence lawyers filed a motion for the judge to recuse herself, which today she denied in a 27-page finding.

Her husband insists that he was basically spammed by Stratfor and cannot recall ever signing up for their email newsletter, while Stratfor corporate emails released in the GI files clearly indicate that Stratfor only sent out its newsletters to those who has requested them, and did not engage in random spamming. Judge Preska said that she will decide on whether or not to recuse herself at the next hearing, set for April 20.

Reaction from Hammond supporters was predictably outraged. Attendees of the hearing were outraged at Judge Preska’s frequently dismissive language, and within a few hours a parody Twitter account was set up. No matter what you ask it, it shoots back a snippy response, ending each statement with “So what?”

Other Anonymous members are less subtle: “I’m about to fire up metasploit and fuck some shit up,” one wrote on Facebook.

Some court-savvy supporters took a different path and pointed out different legal avenues to pursue. Hammond’s support is both broad and deep, each of his well-attended hearings being accompanied by a public rally and press conference which has been livestreamed. WikiLeaks Truck artist Clark Stoekley attended yesterday’s hearing, acting as courtroom artist and supplying his mother, Rose, with proof that he was looking good and growing his hair again. Hammond was also the subject of a sympathetic Rolling Stone profile in December.

It’s not clear who coined the term “the Other Bradley Manning” to describe him, but the term has come into wide use over the past month, and WikiLeaks itself frequently tweets Hammond-related news. On the site ThisDayinWikiLeaks, statistics always include the days in custody of both Manning and Hammond, alongside the number of days Julian Assange has been at the Ecuadorian Embassy.

One of the cards Assange displayed as part of the Bitnik art project read “Free Jeremy Hammond.” Awareness of his case is so widespread that twice I have been given a thumbs-up while wearing a Free Hammond tee, even though I don’t even live in the U.S.

Until April 20, Hammond will remain at the Metropolitan Correctional Center in New York, where he has 30 days in solitary confinement yet to serve. This hasn’t stopped him from issuing a powerful statement on “Aaron Swartz and the Criminalization of Digital Dissent,” although it presumably puts a cramp in his ability to lead the art workshop in the prison as he was doing before. He reportedly got them to make Anonymous posters.

From Jeremy Hammond, we should indeed have expected that.