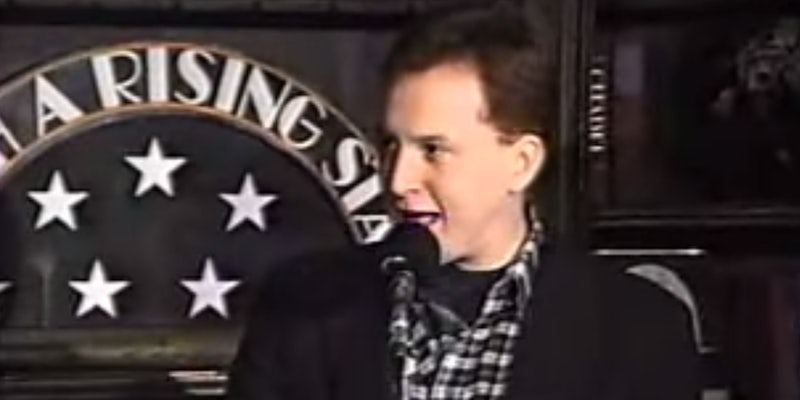 Was that a hair product joke you just told, Louis?

This clip was posted to YouTube a few years ago, but it’s making the rounds, and it still hasn’t been seen by too many people, considering Louis C.K.’s popularity today. Just 20 years old and performing at the Catch a Rising Star Comedy Club in Cambridge, Mass., the comedian rips through a three-minute set of material that he literally would not be able to do today—actual jokes about hair products!—and breaks down all the issues afflicting his car.

We’re guessing he can afford to take that ride to the shop today.