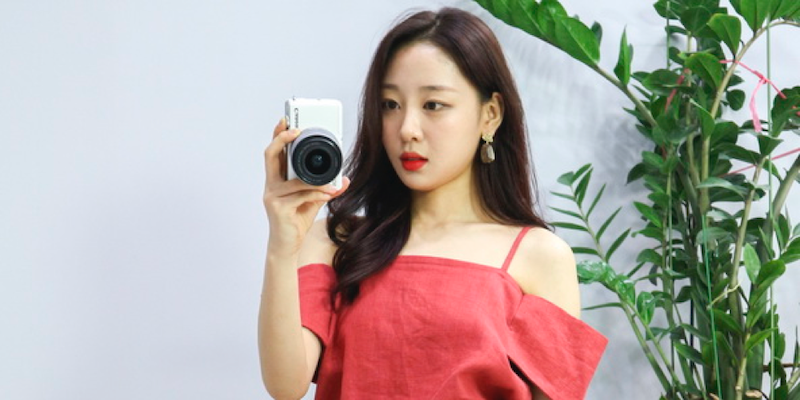 How does she do it every single time?

It’s uncanny how some people can make the same face in every photo, and it’s eerie to watch poses and backgrounds change while their facial expression remains perfectly fixed. Yves, a member of the new(ish) K-pop group Loona (styled as LOOΠΔ), has turned the perfect posing thing into an art, and this supercut of her super-steady selfies is starting to spread on Twitter:

The ominous music slowly building in the background only adds to the creepy effect. “How is she so perfect?” her fans wonder. “How is she so terrifying?” asks everyone else.

Loona’s unique gimmick is that it’s a “girl of the month” group that spaced out its introductions of new members (and their solo singles) over a year and a half. Yves, a former model (hence the posing skills) was revealed as the 9th member of the group in November 2017.

With the announcement of the 12th member, Olivia Hye, earlier this month, the group is finally complete. Loona’s fandom isn’t as big online as those of Kpop giants like BTS, EXO, and Twice, but it’s taking off right now as Loona ramps up to its official debut—date still TBA.

Incidentally, Yves’ talent for freakishly consistent selfies makes her part of a proud meme tradition going back to the infamous “duck face girl” in 2009:

Plenty of celebrities have also mastered the art of the steady pose, which is particularly handy for fan meet-and-greets:

After all, these things make for a long day, and it wouldn’t be fair if some people got better photos than others, right?

Right. Unless you’re Rihanna, who has a reputation for throwing the best meet-and-greets in the pop world:

But if there’s one indisputable truth in this world, it’s that we can’t all be Rihanna. Le sigh.