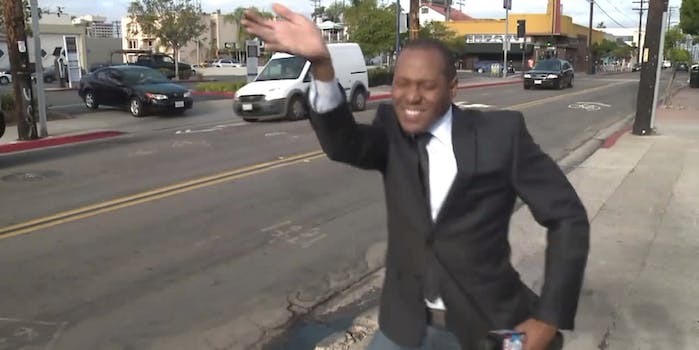 Walter Morris is no ordinary reporter.

A reporter in San Diego showed us once again why it’s better to go local with his rousing rendition of the now-viral Nae Nae dance.

Walter Morris of Fox News San Diego was on a commercial break during a recent live shot, and instead of idly watching traffic, he was moved by the spirit of the Nae Nae. Luckily, the cameras were still rolling, and were able to capture his admittedly very smooth moves. It looks like someone’s been practicing.

The Nae Nae comes from the video for rapper Silento’s song “Watch Me (Whip/Nae Nae)” and has become the stuff of viral Internet legend. From a mother/daughter duo to a group of spirited old folks, the dance follows in the grand tradition of Gangnam Style and the Harlem Shake.

So make like Morris today, and put a little whip in your step.