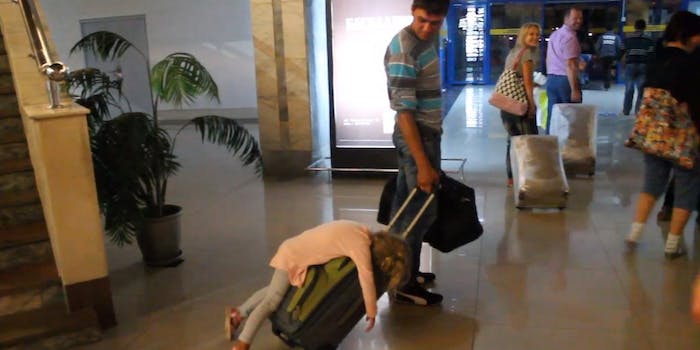 She didn't get enough shut-eye on the plane.

Here at the Daily Dot, we swap GIF images with each other every morning. Now we’re looping you in. In the Morning GIF, we feature a popular—or just plain cool—GIF we found on Reddit, Tumblr, or elsewhere on the Internet. (Or made ourselves.)

The first thing most people do when getting off a six-hour flight is stretch their legs, use the restroom, or, on some rare occurrences, kiss the ground. That’s unless you’re a little Russian girl who apparently didn’t get enough sleep on the plane.

The following GIF was made using a YouTube video posted by the father of his daughter. Try not to smile.