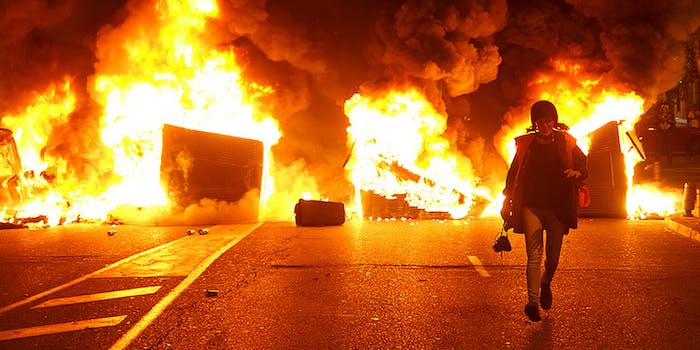 Most 9-year-olds write poems about flowers and puppies. But this little girl wanted to show off her dark side.

When you’re in elementary school, the only things you care about are recess, Lunchables, and whether you’re going to turn in your Boxcar Children book report on time. But some kids, like 9-year-old Gabi of Pegasus School in Huntington Beach, Calif., are already acutely aware of life’s many cruelties.

In a section called “Creativity Corner,” the Sunday edition of a California newspaper published a few poems from local students. Gabi’s Plath-like creation made the cut:

Gabi really took it up a notch pic.twitter.com/uRUf4T4VKs

But Gabi’s graphic poem about a fatal house fire was sunshine and rainbows compared to this 8-year-old’s war-themed poem, shared by another Twitter user in response to Gabi’s fiery verse.

This is the type of stuff you’d expect from a first-year undeclared English major, but not from a prepubescent child.

Remember to hold your little ones close. And keep them away from ovens.