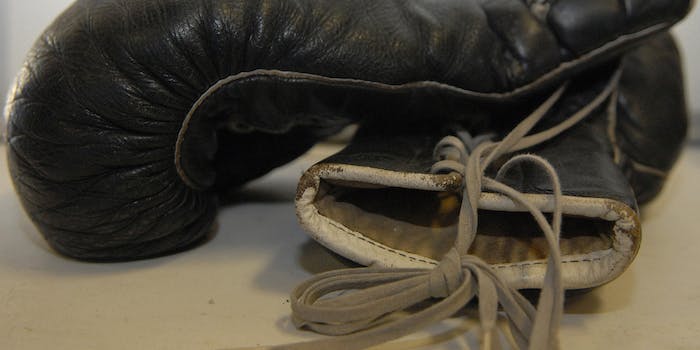 Watch out for that right hook.

It’s not uncommon for fathers to teach their children self-defense skills. Hopefully that was going through one man’s head when he suffered a rather decent KO—by his 5-year-old daughter.

YouTube user myasmom0628 uploaded a video of her 5-year-old daughter Mya playfully boxing with her father. Suddenly, one particular swing surprises her, Mom, and most certainly Dad.

It looks like Mya is no stranger to the ring, despite being a good decade or so from legally competing against the likes of Floyd Mayweather or Mike Tyson. Earlier last year, myasmom0628 uploaded another video of the tyke, then only 4, going round for round with her father (who happened to stay upright that time).

With over 10,000 views already under her belt, it’s only a matter of time before Las Vegas comes calling for young Mya.