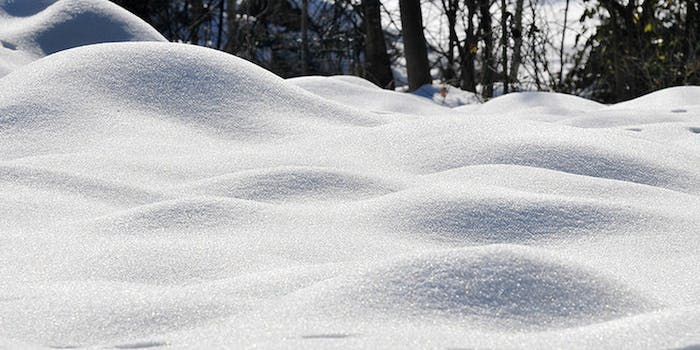 Tambako The Jaguar/Flickr (CC BY ND 2.0)

We're a little concerned about the kid in the car, though.

Chipping snow and ice off of our cars is one of the Sisyphean tasks we must endure during the winter, but there is a hands-free option—and it involves Lil Jon.

The title of this Russian YouTube user’s video translates to “How to properly clean the car from the snow,” and around the 40-second mark, we see exactly what that means. It turns out that Lil Jon’s “Turn Down For What” and a molar-shaking subwoofer are all you need in the winter.

Speaking of turning down, is that volume safe? We’re a little concerned about the kid in the passenger’s seat at the end.