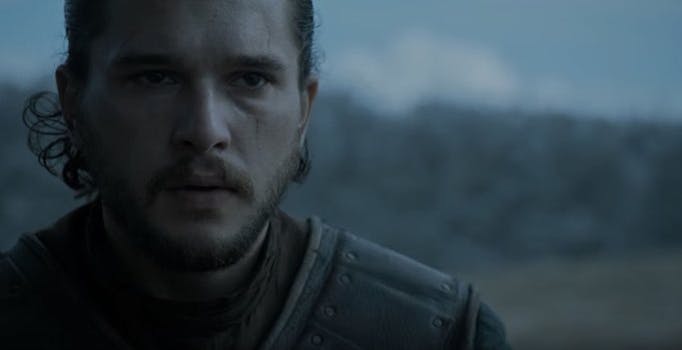 The original man without a plan.

Warning: This article contains spoilers for the most recent episode of Game of Thrones, “Battle of the Bastards.”

On the most recent episode of Game of Thrones, a long-awaited battle between two bastards—good boy Jon Snow and bad boy Ramsay Bolton—finally took place. One of those boys had a plan, but the other one … not so much. In fact, if you’re a nerd who remembers the 2000s, you might say Snow pulled a Leeroy Jenkins.

Leeroy is the star of an infamous World of Warcraft joke video, known for being away from his keyboard while the rest of his team drew up an elaborate battle strategy, then returning and charging in solo. All his poor teammates could do was run after him and try to save his fool ass, in spite of almost certain death.

Remind you of anyone from a certain HBO series? YouTuber The Blind Editor made the connection, and added the infamous LEEEEEEROY JENKINS! voice-over to the relevant Thrones scene.

Jon Snow, you are just stupid as hell. And you didn’t even have chicken.