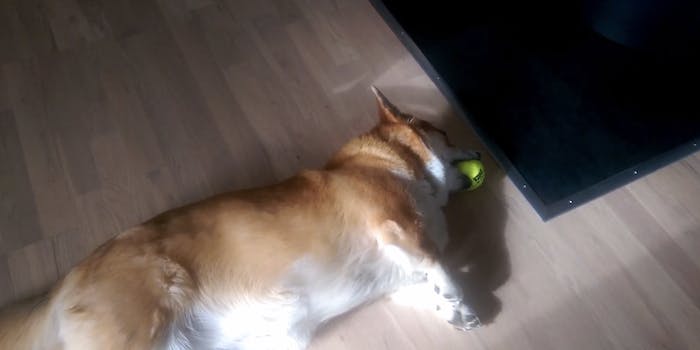 Lazy corgi ‘chases’ a ball in his dreams

The goal is forever out of reach.

Chasing tennis balls can be exhausting, so this corgi found an easier way.

YouTube user chrwaa captured this video of the world’s laziest corgi, or perhaps the smartest. Instead of tuckering himself out running after a ball, he does some horizontal jogging.

Sure, he’ll never catch the ball like this, but you can’t say he’s not relaxed.