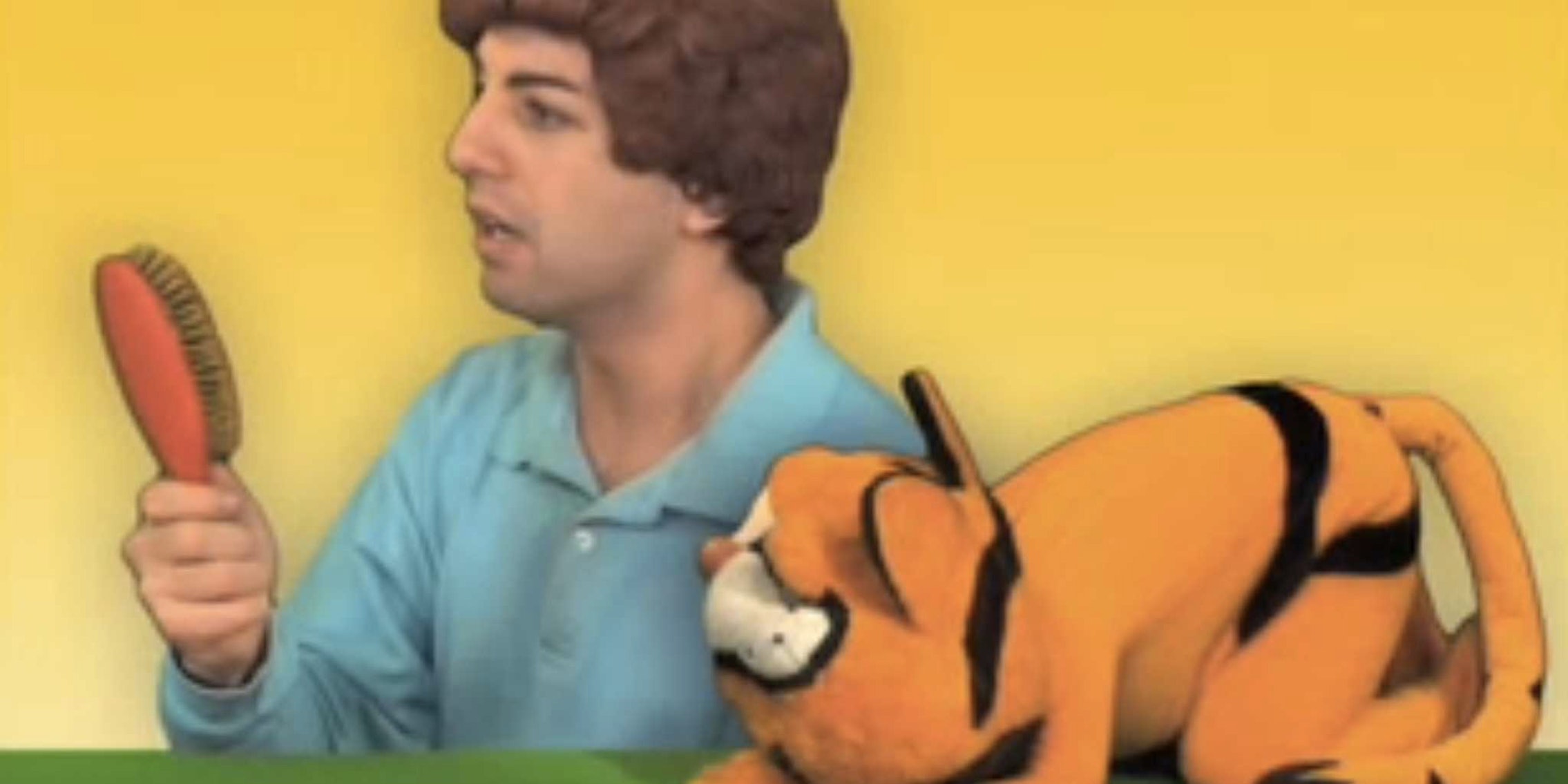 ‘Lasagna Cat’ was the first true masterpiece of weird YouTube

It's so not funny you'll have to laugh.

When I was 12 years old, my dad dug out his old record player because he wanted to make sure the first time I heard “Stairway To Heaven” it was coming off real, first-pressing vinyl. It was sort of an act of self-preservation, to make sure his legacy is intact by upholding the mysticism of one very good rock song, and I totally get it! Life moves fast, you gotta make sure the truly extraordinary things stay far away from the mundane, because frankly that’s all we have.

Lasagna Cat is my version of the “Stairway to Heaven” hand-me-down. If you’ve only been heavy on the Internet for a few years, you probably don’t remember this beautiful little YouTube webseries that arrived back in 2008. It was developed by a comedy partnership called Fatal Farm, and it was centered on one perfect joke: reenacting Garfield comics with complete faithfulness to the source material.

This works for a number of reasons.

1) Garfield is literally the least funny thing that has ever existed. You don’t notice the real toxicity of its badness until it’s read back to you by actual actors. They neither accentuate or bury the jokes, which makes the humor even more upsetting.

2) Each video is packed with an extended music montage that covers the previous 30-second Garfield sketch. They’re great, especially because they all end with the same haunted image of Jim Davis’ head.

The best Internet jokes occupy a specific place in culture while revealing something about yourself that you didn’t know before. I had absolutely no opinion on Garfield. I did not read it. I did not care. But Lasagna Cat forces you to recognize that one of the most iconic characters in the history of American art is a legitimate blight on society. I now think Jim Davis is a bad person. Lasagna Cat reveals the truth, and the truth will set you free.

Lasagna Cat finished its run after 27 videos. Unlike many other YouTube productions, it never overstayed its welcome, burning twice as bright but only half as long. As the Internet ages, true genius will be fade away in the constant stream of everyday distractions.

All of which is to say: We must remember to pull out the vinyl every once in a while. Congratulations Lasagna Cat, and welcome to the Hall of Fame.