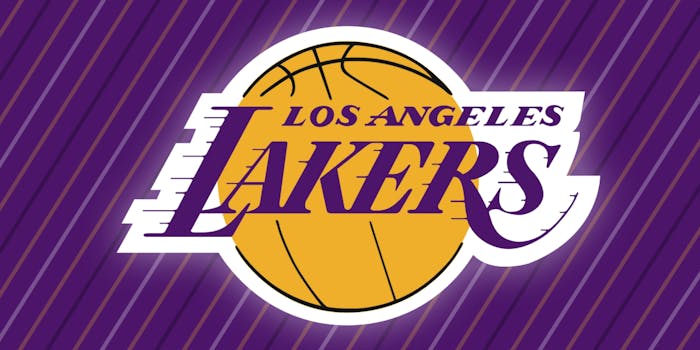 What started out as a call to locate missing person quickly unraveled.

What started out as a call to help locate a missing Los Angeles Lakers podcaster case took a strange turn this week after the potential discovery of an elaborate, years-long catfishing effort.

On Sunday, The Laker Point podcast host Josh Toussaint first put out the call to Lakers fandom to help locate his cohost, Vivian Flores, who had gone missing. In a since-deleted tweet, Toussaint noted that Flores was from Santa Monica and “May or may not be wearing a wig bc she’s going through leukemia treatment.” Toussaint’s call went viral as people spread the word to find Flores; among them was actor O’Shea Jackson Jr. and Lakers power forward Markieff Morris.

Just a few hours later, Toussaint updated his followers to let them know that Flores had been located, and in many cases, that story would have a happy ending with Flores’ friends and family locating her. But that’s when things started not adding up.

Flores had more than 16.2K Twitter followers before her account was deleted and became known among Lakers fans for her love of the team; according to SB Nation, she went viral last year after speaking about her experience visiting the Staples Center (the Lakers’ home arena) for its Kobe Bryant memorial. But, for some people, it seemed odd that only Toussaint was sounding the alarm over Flores’ disappearance.

An archive search led to one Twitter user contacting @ChumZilla, who claimed that Flores was “a big catfish account I went along with 11 years ago to see how far it would go.”

But another user who goes by the handle @ItsKingBruh claimed in a Twitter Spaces conversation that he had also been catfished by Flores. While they would DM each other on Twitter, @ItsKingBruh admitted that she wouldn’t FaceTime with him or meet him in person, something that floored Brooklyn Nets small forward Kevin Durant, who participated in the conversation.

Another bit of internet sleuthing led some to reverse-image search Flores’ photos, which revealed that Flores (or whoever ran the account) had used Photoshop to tweak several photos, including one of a Filipina basketball player. Some have pointed out that it appears that Flores’ account stole photos of the model Sharon Alexie.

An audio engineer played around with audio from The Laker Point to find if any effects had been used on Flores’ voice.

By Tuesday, some people accused Toussaint of being the person behind Flores’ Twitter account, but Toussaint revealed that he had no idea and that he was also catfished. While he recorded podcast episodes with her, they never did so over video.

He also shared his first round of DMs from Flores.

“Still haven’t gotten a goddamn explanation,” he tweeted. “Thought I trusted someone and learned my lesson. Tried to help a friend I thought was in peril. I was duped like yall and feel bad I was a pawn. Such garbage.”

What did Flores have to say about it? She initially denied being a catfish, telling her followers that “I have people on here that can verify who I am. I don’t need to prove anything to anyone.”

She posted a video showing proof that she was real. The video, which was only a few seconds long, featured a young woman holding a sign that read “VIVIEN” and quickly said “Thank you.”

But then people immediately pointed out the obvious question: If Flores was real, why would she misspell her own name? Soon enough, Flores deactivated the account.

It’s still unclear just who was behind Flores’ account. Some people still suspect Toussaint while others believe it might’ve been a friend of Toussaint’s. But for now, Flores’ catfishing of Lakers fandom will live on in meme form, at least in gentle ribbing from the Minnesota Timberwolves.