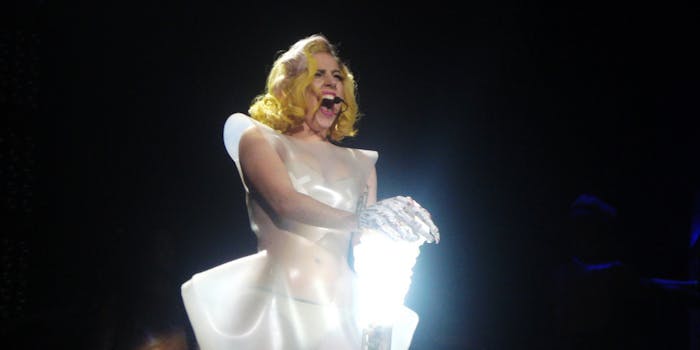 Watch Lady Gaga get puked on at SXSW

Lady Gaga took the stage last night at SXSW to more than 2,000 in attendance, where, during a performance of “Swine,” a woman came forward and vomited neon-green slime on her—on purpose.

The woman was vomit painter Millie Brown—that’s a real job, folks—who was invited to orchestrate this with Lady Gaga during the performance. And if you think that was the end of it, you haven’t been paying attention to Lady Gaga.

The event will be rebroadcast on March 29, so set your DVRs to see the puke again in glorious HD.