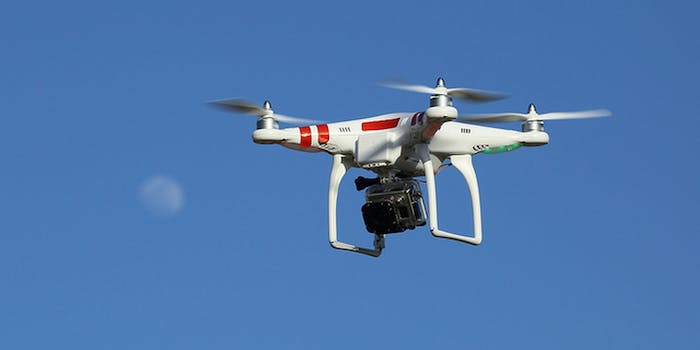 It’s been a tough time for drone enthusiasts: Many operators have been assaulted or harassed for perceived invasions of privacy. Now, a mob has actually assaulted a drone.

Last night, the L.A. Kings won the Stanley Cup in double overtime with a beautiful goal from Alec Martinez. L.A. Kings fans were ecstatic, and filled the streets outside the Staples Center with cheers and crowdsurfing.

A drone was apparently monitoring the crowd—the video claims it was an LAPD drone—but they weren’t having it. In this Instagram video, you can see the drone buzzing around, as L.A. Kings fans throw things at it.

“Someone get it,” a voice rings out.

“Throw a shoe at it,” comes another.

When someone finally knocks it out of the air with a t-shirt, the response is jubilant. They’ve scored one for freedom and privacy. Wooooooo! Goooaaaal!

In a follow-up clip, the crowd chants “We got the drone!” as they apparently destroy the fallen drone. Sort of heartwarming that a crowd of strangers came together to destroy a common enemy.