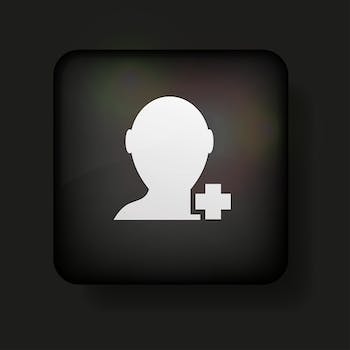 Will you be my fake friend?

Janet Kornblum, on buying your way to popularity.

I admit it: the feeling is warm and fuzzy. It makes you feel good, if only for a minute. And don’t lie to me, you feel it too. You know—that feeling when you get that little email or pop-up on your iPhone (or however you get information delivered to you) tells you that one of your tweets has been favorited. Or that you have a new follower. You know you get a little thrill as well.

What’s better than being followed by someone big? Like someone with a few thousand followers? It could lead to the grand prize: popularity. And what’s more important than being popular on Twitter? Like really popular. Like thousands of followers popular. Power. Influence. There’s no limit!

Careers are, after all, made by Twitter. Comedians who labored in relative obscurity (or  were, say, less than super popular) have turned to Twitter with great effect, harnessing the power of the micro social networking platform to become popular in the macro social platform, i.e. the world.

I know when I see someone with thousands of followers, I think, wow. That’s great for them. In my less charitable moments, I may experience a little bitter envy. Who doesn’t?

I usually appease myself with the fact that there is a reason I don’t have that many followers: I really don’t work very hard on Twitter. I just don’t tweet enough. It’s on my list of things to do, right after losing weight and figuring out a way to win the lottery. Right there at No. 234:

But then I saw a story in the New York Times and was reminded of something very important: I’m a capitalist. Oh yeah! And being a capitalist means I can buy anything. Even friends—I mean followers. Right? Enough of this toil and sweat thing, laboring over the keyboard to compose 140-character perfection.

I don’t really even have to tweet at all. Apparently, I can spend a few bucks and get 1,000 followers. Instantly! Did I say 1000? I meant 10,000! And only for five measly bucks. If I give up two Starbucks lattes, I will have change left over and be instantly popular.

People will love me. Friends will envy me. I will become big. As in BIG.

Yes, I know the fact there are fake followers out on Twitter is not really new (calling Mitt Romney). We all know about them. But did we know how many of them there are, and just how good they are?

The two researchers quoted in the New York Times story estimate that there are now “as many as 20 million fake follower accounts.” I’m sure it’s higher.

Which is surprising, because seriously? There’s that much of a market for fake followers in this medium where the whole point is to, you know, tweet and be yourself and spread good cheer and news?

Kidding! The whole point is, of course, to be popular. And why work at popularity when you can just buy it? There’s a whole cottage industry here. Twitter and Facebook. And let’s not forget YouTube of course, where you can buy 60,000 views for a mere $50. Why stop at social networks?

I mean we all need friends. You know those days when you’re feeling maybe like nobody likes you and everybody hates you and you might want to consume some worms? We’ve all had them.

Imagine a future wherein you no longer have to have those kinds of days. Lonely? Depressed? Bullied? No worries: just buy some friends. Fake people will surround you at the next party, or hang out at your lunch table.

Janet Kornblum wants to be your friend. Even if you’re not real. So  follow her on Facebook or Twitter @jkornblum and maybe she will follow you back. (But no promises because she’s actually real).