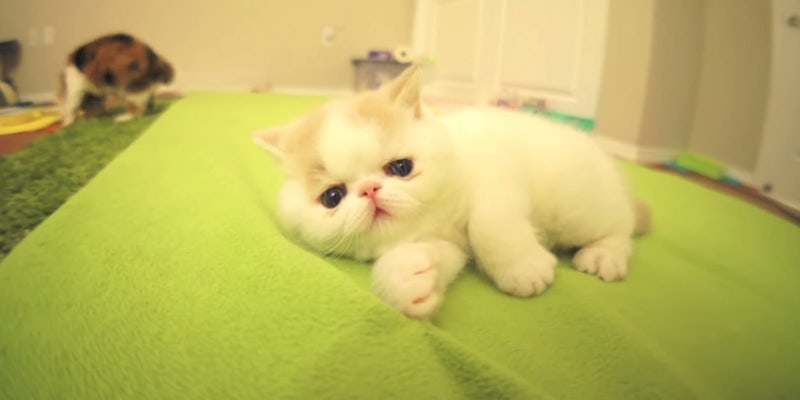 Bun Bun the kitten is adorably confused by the camera

Bun Bun the kitten doesn't understand how to behave on camera, but that really does not matter.

If we’ve learned anything from America’s Next Top Model, it’s that a healthy relationship with the camera is everything. You’re not going to get anywhere if you just sit around and wait to be photographed. No, you need to have style.

This kitten has style in spades.

Does Bun Bun the kitten understand what a camera is? No. Does Bun Bun even understand how to stay upright when being filmed? Also no. But that doesn’t matter, because Bun Bun is a natural born star.

After 90 seconds of watching this kitten repeatedly falling over onto a soft blanket, we’re hopelessly charmed. The video is a few years old, but as soon as you watch it, you’ll understand why it’s trending again on Reddit‘s r/videos page.