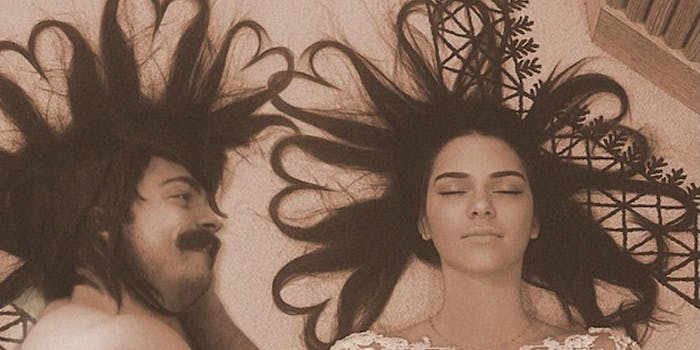 As if Kendall Jenner needed yet another sibling or even more publicity, along comes Kirby Jenner and his Instagram and his grand claim that he’s an “Amatuer (sic) Model/Lover of all things/Fraternal Twin of Kendall Jenner.” Whatever he is, he’s put together an Instagram account in which he has digitally altered himself into her daily life.

Here are a few choice shots, but it might behoove you to check out Kirby’s Instagram account yourself, because he’s got some absolute gems in there.

Based on his creativity and his workmanship, here’s hoping that one day Kirby Jenner won’t have to Photoshop into his imaginary sister’s pictures. Hopefully, one day Kirby will be a star on his own.