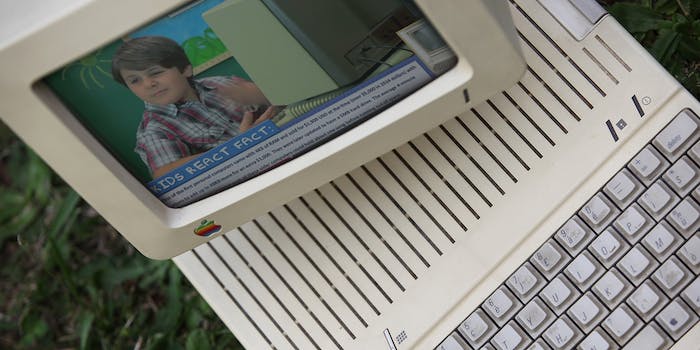 Don't ever tell them about dial-up.

The kids who grew up with smartphones, tablets, and computers thinner than a hand are in for a rude awakening when they find out what computers used to look like.

In the latest array of introducing the Kids React kids to older technology, the Fine Bros. took out the Apple II, and in terms of technology, it might as well have come from the Stone Age. It’s a computer, but it also introduces the concept of typing commands. (Unfortunately, trying to command “Google” won’t work.) Even simple math problems like 2+2 are complicated. There’s an enormous slot for floppy disks. And remember all the noise it makes?

Kids might not know what a Walkman is, but that device is straightforward compared to this—a computer so complex that you practically have to know how to program just to use it.

Let’s hope that they never have to experience dial-up for our amusement. No one should have to go through that again.

Photo via br1dotcom/Flickr (CC BY 2.0) | remix by Jason Reed