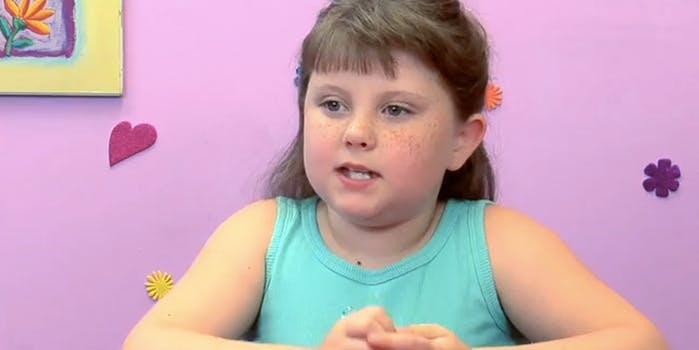 Everyone saw the biracial Cheerios commercial, but kids saw it differently

This video will restore your faith in the new generation.

This video will restore your faith in the new generation. Here, kids watch the needlessly controversial Cheerios commercial featuring a biracial family and comment on it. None of them can tell the interviewer what’s wrong with the spot.

When it’s pointed out that people were upset about the races of the parents, the children are all confused.

MORE:
Here’s a new Cheerios commercial, made just for the haters


The video is part of a Fine Bros. series that has kids, teens, and elderly people react to viral videos, news stories, or trends.

In the disclaimer before the video, the brothers write, “The insights of children about these issues can give incredible insight into where our society really is and where we are headed as people.”

When told that people were angry about the mixed-race couple in the commercial, the children display genuine confusion. Kids as young as 4 understand that love is love.

“It’s just the color of their skin, what matters is if they’re nice or mean,” says one.

“I thought Martin Luther King spoke against this and fixed this already,” says another.

“[Marriage] really just depends on their heart and if they really love me.”

“Underneath it, you’re literally the same. You have organs and a heart.”

One freckle-faced kid named Morgan says simply, “Some people just fall in love like that.”