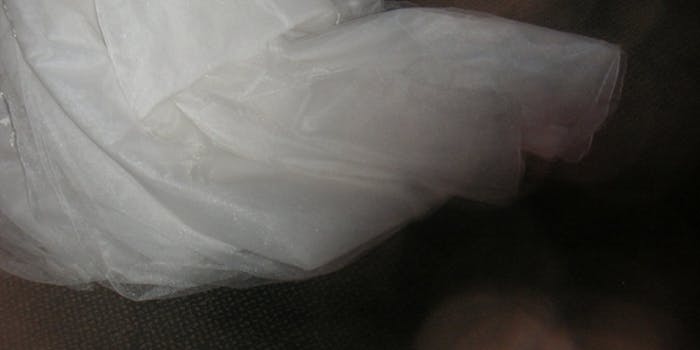 4-year-old tries to take bride out with flying tackle

Guess he couldn't hold his peace.

Romantic comedies, bizarrely enough, are full of wrecked weddings. Just as someone is about to marry the “wrong” character, their true love bursts onto the scene to make a grand gesture that will, of course, change their minds—no matter how much the reception catering cost.

That’s not exactly what unfolded at Tanya Malone’s nuptials in South Dublin, Ireland, but the protestations of her young nephew Rhys proved equally dramatic. As she and her betrothed walk down the aisle, pounding footsteps can be heard. By the time the kid catches up, it’s already too late.

Want to relieve that heart-stopping moment again and again? You can:

Although his stunt will live in infamy, little Rhys didn’t manage to derail the ceremony, which continued as planned once he’d been extracted from Malone’s dress. Though we wouldn’t be shocked if he didn’t get cake.