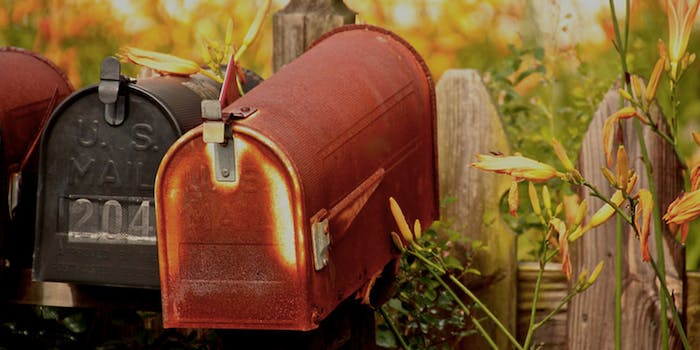 This little guy pulls no punches.

Friday’s terrorist attacks in Paris shocked and unsettled the world. Our rhetoric regarding ISIS, the jihadist group that claimed responsibility for the killings, has been ratcheting steadily upward.

But even before this latest attack had everyone reevaluating the current state of international jihadism, at least one American kid had ISIS squarely in his crosshairs. Is this rather blunt letter to U.S. troops serving overseas the genuine article or a just a viral-thirst forgery? Somehow, it doesn’t matter. 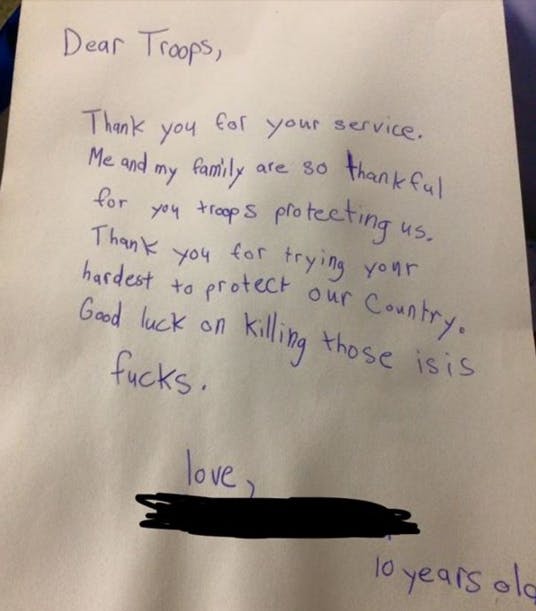 If this bloodthirsty young patriot hasn’t already embraced a career in the military, perhaps he can work at Hallmark.