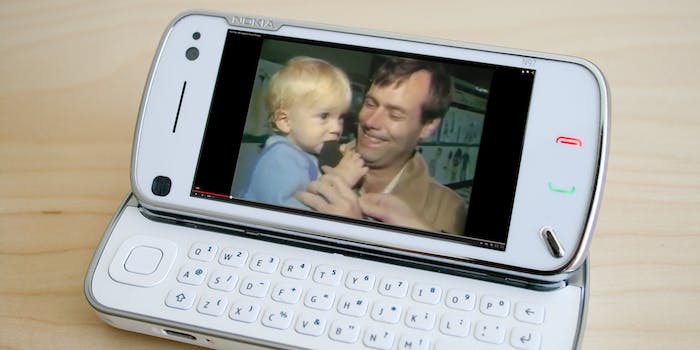 It just looks so tasty.

This adorable kid doesn’t care what his dad has to say to the news reporter. All he’s concerned about is that microphone, which looks delicious.

In this vintage clip, a father is trying to give a quote about a United Way performance, but his young son Joseph has other ideas. Each time the reporter moves the mic near his father, Joseph lunges at it like it’s a delicious treat and takes a bite.

Even when he looks at the camera after, disappointed by the foam in his mouth, he keeps going back for seconds and thirds.