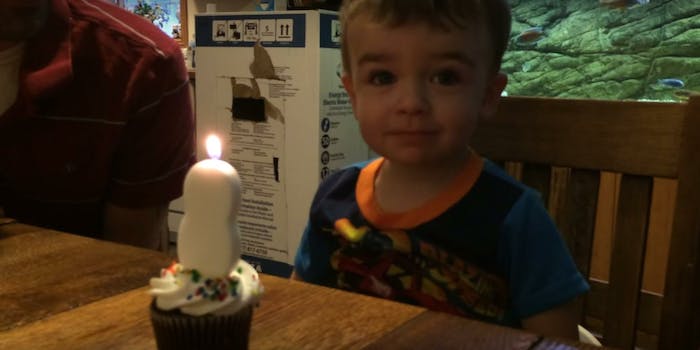 We had no idea blowing out a candle could be so difficult.

This kid’s inability to blow out a candle is too cute for words.

Presented with a birthday cake, he tries to do what anyone would do: blow out the candle on top. Unfortunately, this turns out to be a far more complicated endeavor than anyone expected.

We love how patient his family is as he repeatedly tries and fails to put that candle out. Eventually, they have to resort to giving him a straw to blow through. Who knew this could be such a laborious task?