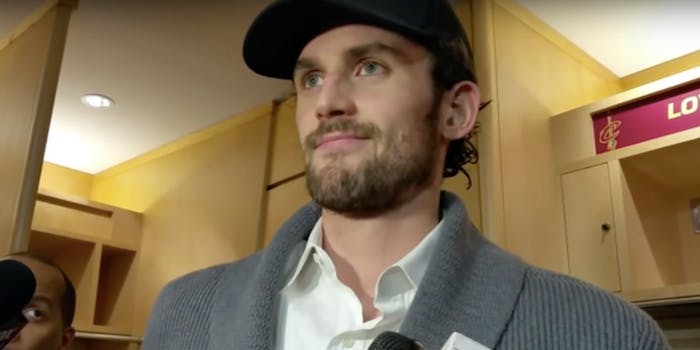 The look on his face is priceless.

All Kevin Love wanted was a little positive reinforcement.

In Game 5 of the NBA Finals, the Cleveland Cavaliers went in for a high-five in the first quarter with LeBron James. But instead of getting that congratulatory slap of two hands, James went off on his teammate.

Check out that look of disappointment on Love’s face while James just digs into him. Brutal.

While SB Nation points out that perhaps Love was trying to explain some defensive maneuver to James, we’d rather believe that he got majorly denied for the laughs.

Given that the Cavs dominated the second half and took home a big win, here’s hoping Love found a high-five buddy elsewhere.