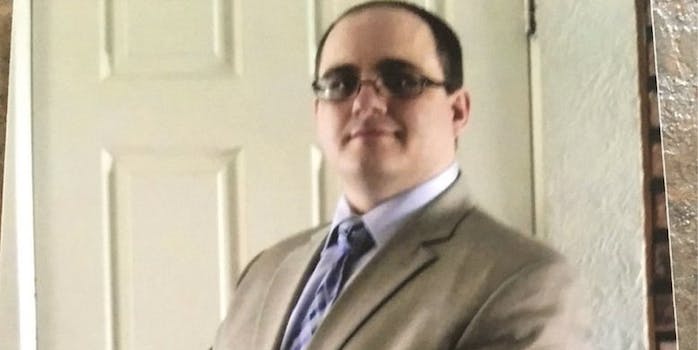 A vision of what could have been.

Ken Bone, who attained temporary stardom by asking a question about energy policy at Sunday’s presidential town hall debate, is inseparable from his red sweater and mustache. Without them, would he be the meme he is today?

In some alternate universe, the olive suit Bone planned to wear that day never ripped. Either he never became famous, or people started planning to wear olive suits with their fake facial hair this Halloween.

The Bone-man gave us a peek into that reality with a tweet Wednesday. Gaze now upon the meme that could have been:

The olive suit before it was killed! #stylish pic.twitter.com/7V0r25zcDR

Naaaah. Doesn’t work without the sweater, my dude.