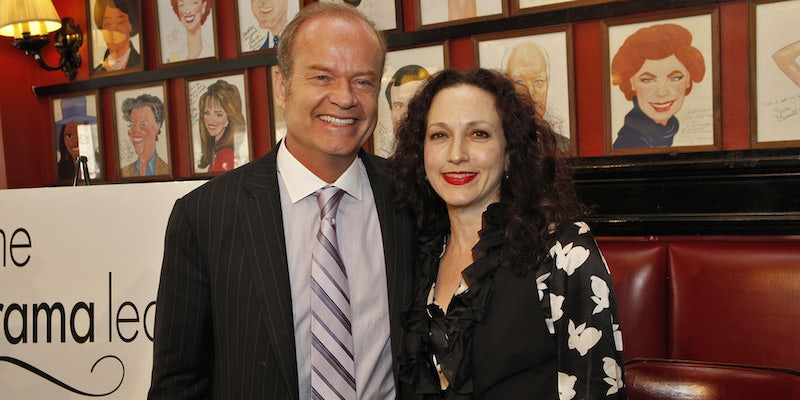 He's doing his part to fill the Stealth Mountain–sized hole in our hearts.

Frasier and X-Men star Kelsey Grammer has become the latest celebrity to make a splash on Twitter—not for his thoughts or witticisms, but rather for his corrections.

Taking a humorous cue from his last name, Grammer is using his 140 characters—and the hashtag #KelseyGrammerGrammar—to point out grammatical mistakes of other users.

It has come to my attention that the fine people of @Twitter have an egregious grammar problem. I’m here to help. #KelseyGrammerGrammar

.@StoneTired, I’m honored you think so, but believe it should be *it’s. #KelseyGrammerGrammar

.@Chunkysequins Lack of punctuation aside, I think you meant “his father’s shenanigans”. #KelseyGrammerGrammar

Go easy on us, Mr. Grammer. Twitter’s 140-character limit is very strict, and sometimes we’re going to have to omit the occasional apostrophe or comma in order to squeeze in all of the words necessary to get our point across.

Of course, Grammer had better be prepared for the onslaught of tweets with intentionally bad grammar that will come his way, simply so users can boast that a star directly acknowledged them at one point in their lives.

We can only wonder if this practice will continue with some of Grammer’s former co-stars. Perhaps David Hyde Pierce, who played Grammer’s younger brother Niles on Frasier, will open his own chain of body modification parlors.