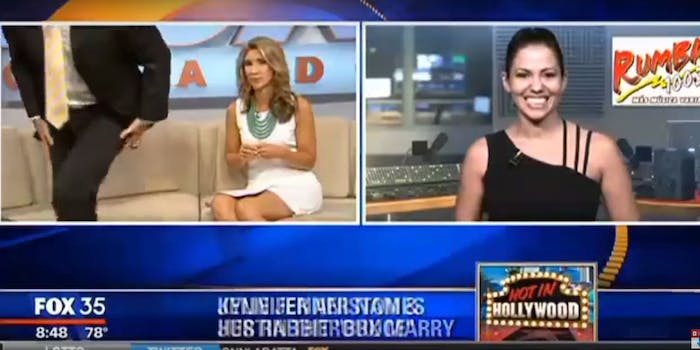 'I've had enough Kardashians!' he shouted.

Many people are sick and tired of seeing Kardashian-related “news” stories, but you should really spare some sympathy for the TV anchors who are forced to report those stories every single day.

Last week, one Florida news anchor got so frustrated with reporting Kardashian updates that he walked off his own show.

“I’ve had enough Kardashians!” said John Brown, one of the hosts on Florida’s Fox 35 News. “I can’t take any more Kardashian stories on this show.”

“I don’t care about this family, I’m sick of this family!” he exclaimed, as his co-hosts gamely tried to continue discussing Kylie Jenner’s pet rabbit.

We’re amazed that Brown’s mic wasn’t disconnected, although the scene did make for entertaining TV.

We feel you, dude. Although at this point, nothing can hold back the tide of Kardashian news.