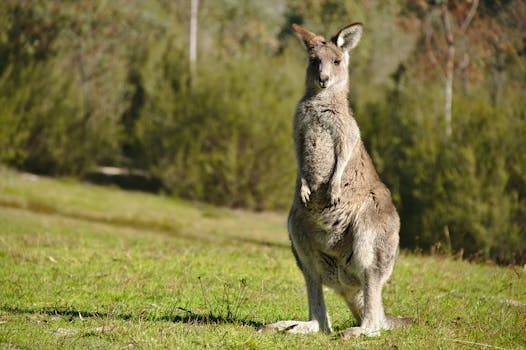 Pesky golfers draw the ire of this fuming kangaroo

Forget lightweight boxers, the fiercest foe around is a kickboxing kangaroo.

Two golfers in Queensland, Australia, almost learned that the hard way after being chased by one of the pouched punchers. While at Harvey Bay Golf Course, the two men said they were just minding their business when a kangaroo started following. It eventually started chasing half of the duo, the other half filming the whole thing. That’s when they hopped into their golf kart to get away—but the kangaroo wasn’t going to let them off that easily.

Kangaroos need to start their own fight club and leave us humans alone.