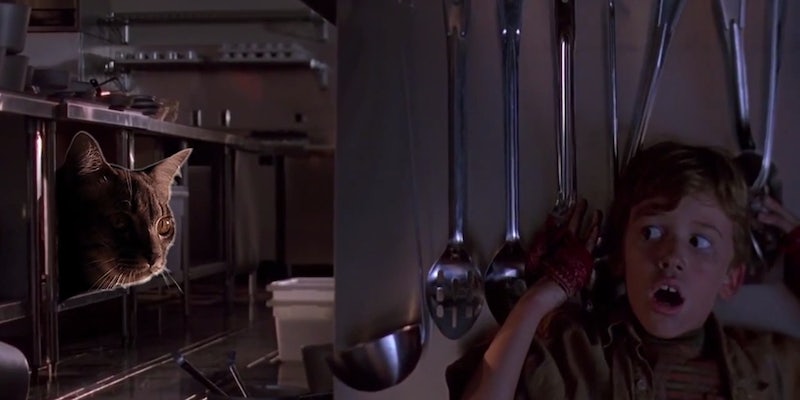 ‘Jurassic Park’ with cats is as weird as it sounds

They can't see us if we don't move.

It was terrifying enough when the characters of Jurassic Park were chased by a bunch of ravenous dinosaurs. What better way to make the film both adorable and even more horrific at the same time than by adding the Internet’s unofficial mascot?

Cats are finicky and evil enough when they’re the usual size, and with their giant eyes, they can get just about anything from their human owners. But add in size and years of animal instinct to that cuteness? We have no chance.

We might not be able to clone dinosaurs just yet, but thanks to cinema magic, we’ve already saw what happened when science blew up a toddler.